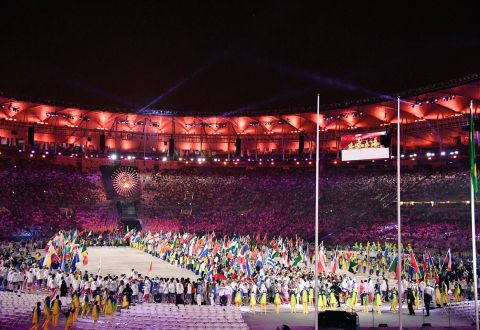 The 2016 Summer Olympics that are held in Rio de Janeiro, Brazil, have come to a close on Sunday evening.

The Olympic flame was formally put out, and it will be lit again four years later in Tokyo, the capital city of Japan.

The closing ceremony of Rio 2016 was held at the legendary Maracanã Stadium.

At the event, Armenia’s flag bearer was Greco-Roman wrestler Artur Aleksanyan, who won an Olympic gold medal for the country after a 20-year gap.

Armenia was represented at the 2016 Summer Olympics with 32 athletes, and it took the 42nd spot in the team medal standings, with one gold and 3 silver medals.

Print    |  Հայերեն
Thank you for your comment. Your comment must be confirmed by the administration.
last news on "Rio 2016"
Total votes (12)