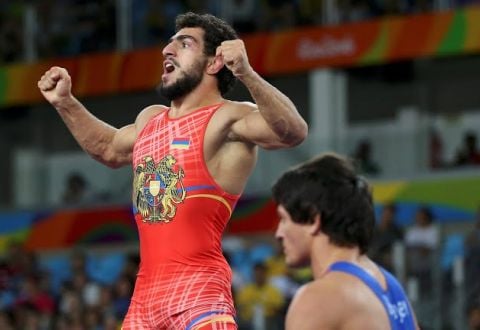 Vice Champion of teh 31st Olympics, Greco-Roman wrestler Migran Arutyunyan has commented on the biased refereeing in the final of Rio 2016.

''Not only I was robbed, but also my entire nation, all those who love sport. The children of my friends ask me why go in for sport if one receives such treatment in elite sport. I urge my children to go in for sport and become professional atheletes for their fates to also be “broken”?

I am no longer interested in sport. The only thing that saves me is that my people support me.

I need some time to take a final decision on my future. After the fight I definitely felt I didn’t want to have any connection with sport. I no longer want to see the tears of my 55-year-old father and the emotions of my mother, brothers and sisters,” Arutyunyan said in an interview on the Public Television.