Rio 2016: Hrach Babayan is dissatisfied with his performance 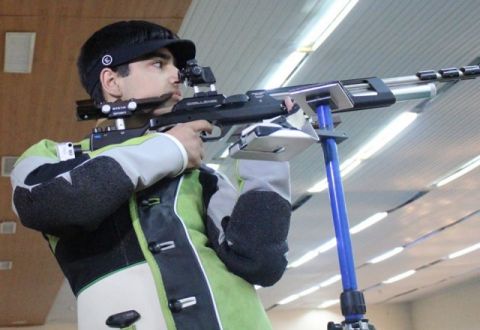 The only Armenian shooter at Rio Olympic Hrach Babayan is dissatisfied with his performance, the athlete himself told NEWS.am Sport.

Vice-champion of the Youth Olympic Games 2014, 20-year-old Babayan was only 21st among 50 athletes in the qualifying round of 10 m air rifle and did not manage to move to the next round.

“I am very dissatisfied with my performance. I had an opportunity to achieve a good result, but it did not work,” Babayan said.

The best eight shooters qualified to the finals

Recall that in the finals eight best shooters. The winner of the qualifying round was Italia’s Niccolò Campriani who set an Olympic record - 630.2.

Print    |  Հայերեն  |  На русском
Thank you for your comment. Your comment must be confirmed by the administration.
last news on "Rio 2016"