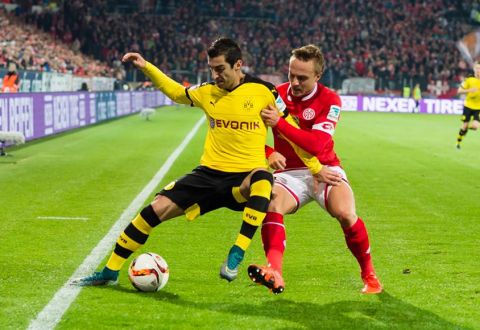 Whoscored.com has recognized Armenia national football squad midfielder Henrikh Mkhitaryan as the best player of the Round 9 Bundesliga match between Borussia Dortmund (BVB) and 1. FSV Mainz 05.

As reported earlier, Dortmund played an away game against Mainz on Friday evening, and they defeated the hosts by a score of 0-2

Mkhitaryan, who played the entire game, netted the match score decider in the 83rd minute.