Artur Aleksanyan: Becoming World Champion for the second year in a row wasn’t an easy task 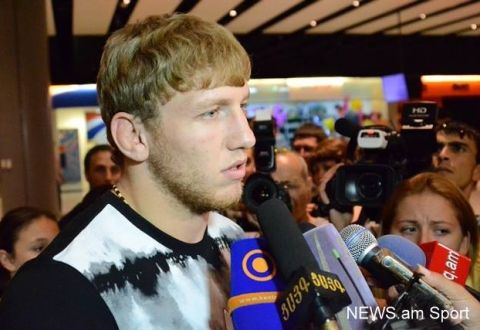 YEREVAN. - Armenia’s two-time World Champion Artur Aleksanyan, who has returned along with the Armenian Greco-Roman wrestling team to Yerevan from Los Angeles yesterday, said it wasn’t an easy task to become a World Champion for the second time, as reported by Armenian News - NEWS.am Sport correspondent.

“I’m very glad I managed to win the gold medal. It was difficult to become a world Champion the second year in a row. Defending the title of the World Champion isn’t actually an easy thing to do.

The most difficult task was the fight with Iranian Ghasem Rezaei. He was my main serious adversary. To win the Olympic Champion two years in a row is twice as pleasant. These are unspeakable feelings.
Now I’ll start preparing for the Olympic Games,” Artur Aleksanyan said.