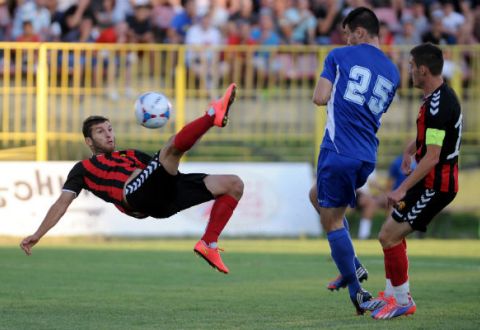 Armenia national football squad and FK Vardar Skopje (Macedonia) defender Hovhannes Hambardzumyan has been included in the Sport.com.mk “dream team” of the Macedonian First League season that wrapped up.

In addition, the aforementioned Macedonian website recognized Hambardzumyan, 24, as best player of the season.

The Armenia international was among Vardar’s key players this season, and he was crowned this season’s football champion of Macedonia.

In the season that ended, the Armenian defender provided to most number of assists in his club.

Hovhannes Hambardzumyan had transferred to Vardar Skopje from FC Banants (Yerevan, Armenia) in 2014.