Mkhitaryan in Bundesliga “dream team” for May 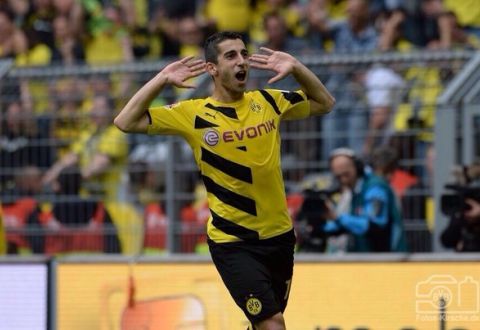 Borussia Dortmund (BVB) and Armenia national football squad midfielder Henrikh Mkhitaryan is included in Whoscored.com’s “dream team” of the German Bundesliga for the month of May.

In May, the Armenia international scored one goal and provided three assists in four appearances in the Bundesliga.

Henrikh Mkhitaryan netted a total of three goals in 28 matches in the German top flight football league season that wrapped up.