WSKU bans coaches involved in a scuffle during Tbilisi tournament 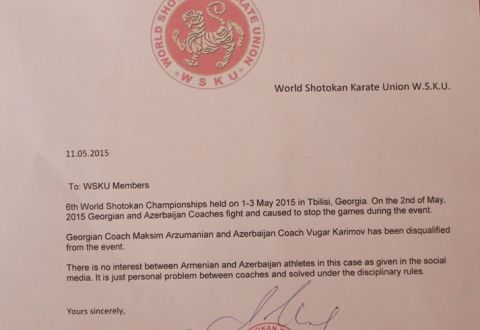 World Shotokan Karate Association (WSKU) banned coach Maksim Arzumanyan who was representing Georgia and Azerbaijani coach Vugar Karimov because of a scuffle during a tournament in Tbilisi.

The scuffle broke out between Azerbaijani athletes and Armenian athletes representing Georgia.