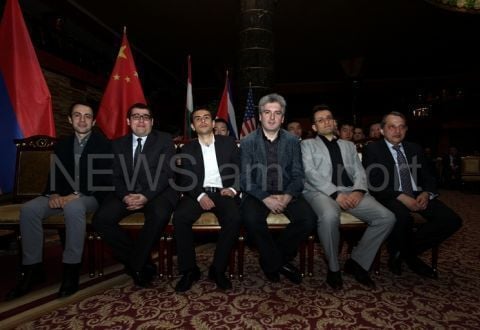 Armenia won the bronze medal at the World Team Championship 2015, which is wrapping up in Tsakhkadzor, Armenia.

The Armenian grandmasters faced Egypt in the ninth—and final—round of this tournament, and they secured a win after three of the four matches in this round.

As a result, Armenia came in third with 11 points.

China, on the other hand, became the new world team champions.