Arthur Abraham: There is no need to go to Baku 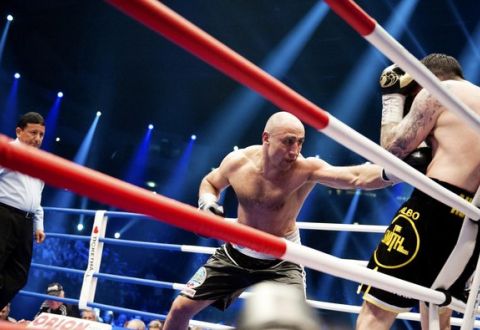 YEREVAN. – I think that there is need to go to Baku. I find it hard to imagine our athletes’ participation in the games in Baku.

Abraham stated this while commenting on the matter of Armenian athletes’ participation in the First European Games, which the Azerbaijani capital city of Baku will host this summer.

To note, the world champion is in Armenia’s capital city of Yerevan these days, and he was on hand at Sunday’s finals of the Boxing Championship of Armenia.

“A great progress is observed in Armenian boxing. I like our boys’ style of competing, [and] the bouts they have had,” Arthur Abraham also said.