Arthur Abraham is voted boxer of the year 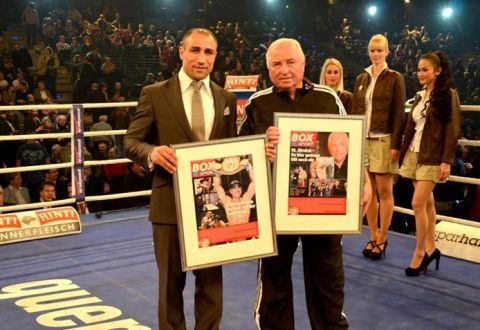 Armenian boxer Arthur Abraham (Germany), who is the reining World Boxing Organization (WBO) Super Middleweight Champion and the former International Boxing Federation (IBF) Middleweight Champion, has been recognized the 2014 Boxer of the Year by the Boxsport monthly magazine.

Abrahamyan received this accolade as a result of the votes by the readers of the magazine and a panel of judges.

In addition, Abraham’s trainer Ulli Wegner was recognized the 2014 Coach of the Year.

This is Arthur Abraham’s and Ulli Wegner’s sixth and twelfth such award, respectively.