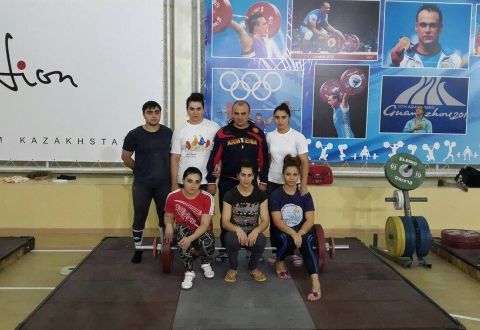 On behalf of Armenia’s women weightlifting team, its leading athlete Hripsime Khurshudyan extended to the men’s squad wishes for a successful performance at the 2014 International Weightlifting Federation (IWF) World Championships, which have kicked off in Almaty, Kazakhstan.

“The entire [women’s] team would like for Armenia’s men’s team to receive Olympic qualification.

“We believe that our boys also will be able to win medals.

“We, the whole [women’s] team, stand with our boys, and convey our energy to them.

“We’re with you!” Khurshudyan told NEWS.am Sport, as she extended the women’s national squad’s best wishes to the men’s team.