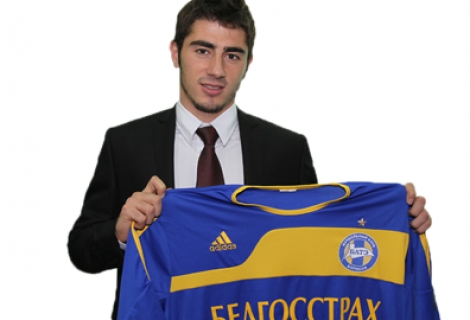 Armenian national football team is training ahead of the friendly matches against Greece (scheduled on May 3) and Kazakhstan (June 5). The team also features FC BATE Belarus champion midfielder Zaven Badoyan.

“I always come to Armenia with great pleasure, whenever I get an offer to play for the national team. I want to be useful for my team,” Badoyan told NEWS.am Sport. “As for the BATE, first I seldom appeared for the club as I could not be a part of team’s tactics. But now I am adapted and play in almost all matches.”

As for the upcoming matches with Greece and Kazakhstan, the player preferred to speak more about the national team. He claims that he could not participate in the friendly matches with Canadian and Serbian teams before due to an injury but he is looking forward to the next two matches. He also added that Armenians are inspired only with victories.

In addition, Badoyan will support Spain’s team during the Euro 2012, although the Dutch and German teams are also strong.