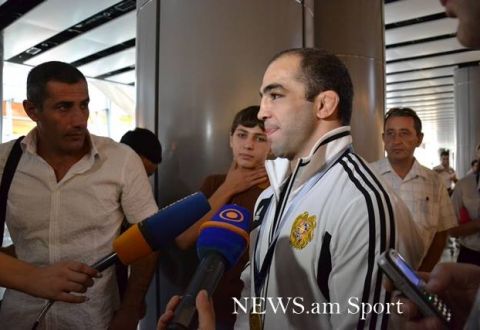 Newly crowned world champion in Greco-Roman wrestling Arsen Julfalakyan confessed he has been waiting for this victory for four years.

“I was worried much about missing gold during the world championships in Moscow in 2010. I could hardly hide tears,” he said during a briefing at Zvartnots airport.

The athlete said he was happy to see so many fans at the airport and was pleased by warm welcome.

“After four years my dream came true. During the four years I lived with a goal that I should win gold. It was wonderful. Every athlete must have such feeling that words cannot describe. It would be wonderful to have one champion every year,” he told reporters.