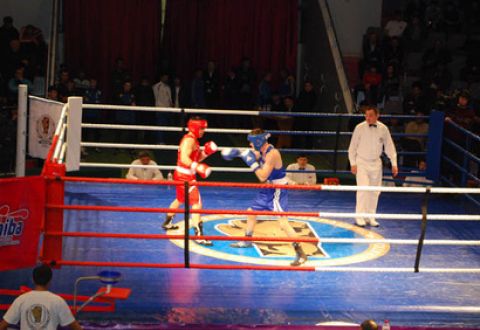 YEREVAN. – A major international boxing tournament, in which twelve countries competed, came to a close in Makhachkala, Russia.

Armenia won a total of one gold, one silver, and three bronze medals at the event.

Print    |  Հայերեն  |  На русском
Thank you for your comment. Your comment must be confirmed by the administration.
last news on "Amateur boxing"
Total votes (13)