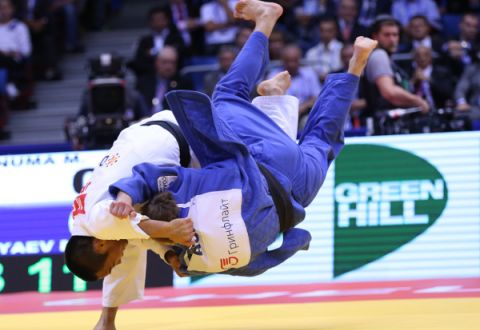 Another representative of Armenia was unsuccessful at the 2014 World Judo Championships which are held in Chelyabinsk, Russia.

Armen Nazaryan (73 kg) defeated his Italian opponent in his opening match, but he lost to Georgia’s representative in the 1/8 finals. Earlier, the Georgian judoka also had defeated Samvel Hayrapetyan (Turkmenistan).

The two Armenian athletes are eliminated from the rest of the competition.