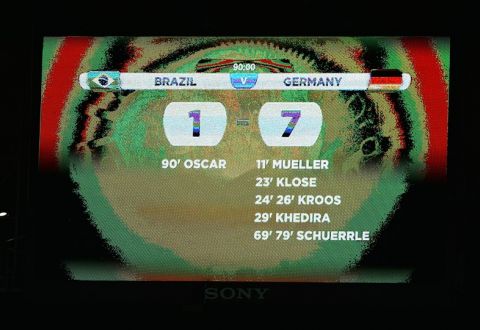 According to unverified data, solely eight people in the world had bet accurately on a 1-7 score for the Brazil-Germany 2014 FIFA World Cup semifinal match, the 101greatgoals reported. 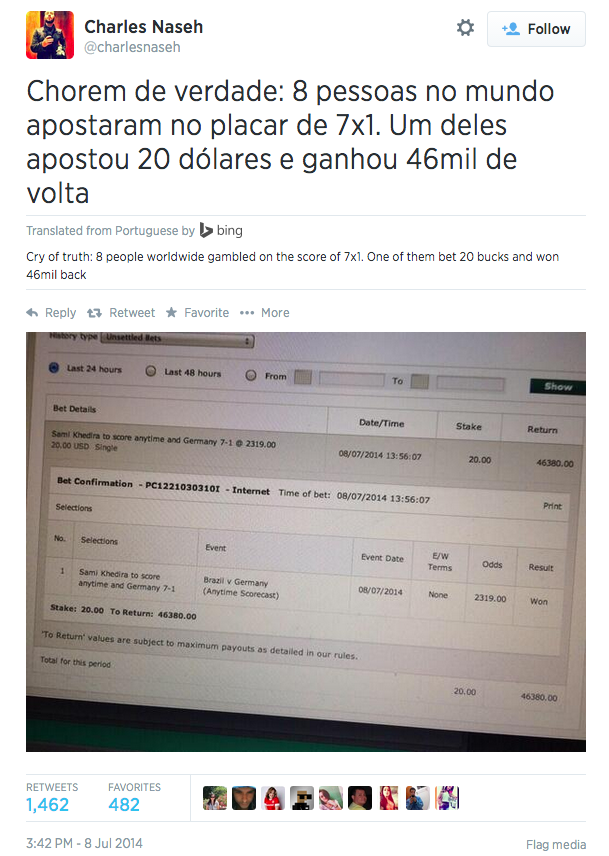