The Colombian national football team have received a nationwide welcome at home. Hundreds of thousands of people took to the streets to welcome their national squad, who had advanced all the way to the quarterfinals in the 2014 FIFA World Cup which Brazil hosts.

In addition, Colombia international and AS Monaco midfielder James Rodríguez continues to head the 2014 World Cup top scorers’ list with six goals.  In the quarterfinals, however, Colombia had lost to the host nation, Brazil, by a score of 2-1, and bid farewell to the tournament. 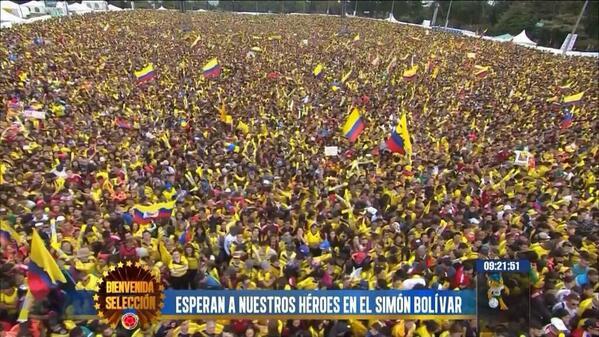