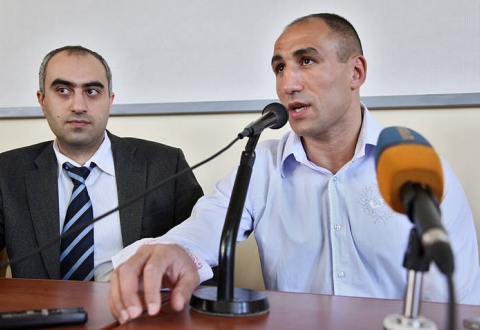 Former world champion 32-year-old Arthur Abraham (34 – 3.27 KOs) said he would support David Haye in a bout against Dereck Chisora which will take place on July 16.

“I believe David Haye will defeat Dereck Chisora. I have no positive opinion regarding Chisora after his behavior in Munich, as it was beyond sport ethics. As a result he was deprived of license. Haye is a perfect boxer, Chisore as well, but I believe Haye will defeat Chisora anyway,” Abraham said answering to NEWS.am Sport question.

After the fight between Vitali Klitschko and Chisora this February, Chisora behaved improperly during the press conference and was deprived of a license. However, the upcoming fight between Haye (25-2.23 KOs) and Chisora (15-3.9 KOs) is sanctioned by the Luxembourg Boxing Federation.