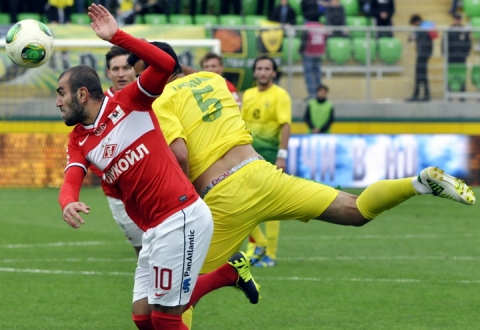 Titov commented on the Russian Premier League match between Spartak and FC Anzhi Makhachkala, and which ended in a 2-2 tie.

He pointed, however, to Armenia international and Spartak forward Yura Movsisyan’s assist he provided with his heel.

“I want to talk about the good things. Movsisyan’s heel pass in the Anzhi penalty area is the moment of the day.

“It is for such moments that we watch football,” Sovsport quoted Titov as saying.