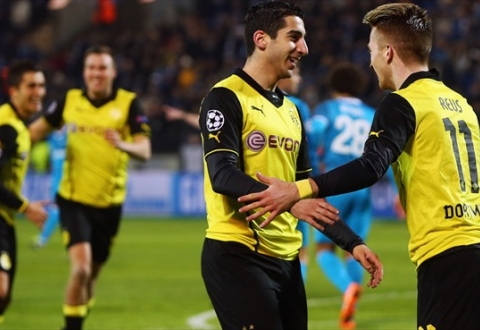 According to the German magazine, the main reason for the defeat was the absence of Borussia Dortmund’s (BVB) key players, including Armenia national squad midfielder Henrikh Mkhitaryan.

“Dortmund were deprived of the creative players of the team.

“[But] The Armenian midfielder [who could not play in the game due to a yellow card suspension] will be able to play in [Dortmund’s UEFA] Champions League round-of-8 return-leg against [FC] Zenit Saint Petersburg [Russia].

“Mkhitaryan and [Germany international and BVB midfielder Marco] Reus were able to solve all problems in the first match,” Kicker also wrote.

The Dortmund-Zenit clash will take place on Wednesday in Germany.