Arthur Abraham to defend world champion’s title on May 31 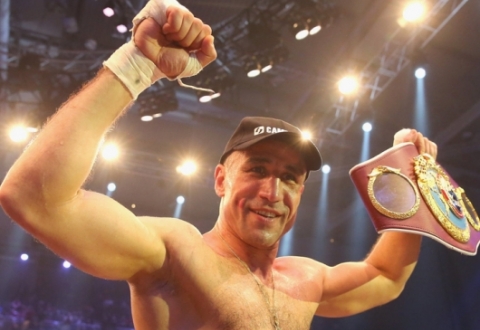 Armenian boxer Arthur Abraham (39-4, 28KOs), who regained his WBO Super Middleweight Championship belt on March 1, will defend his title on May 31, Boxingscene.com reports.

The 34-year-old champion’s opponent and the venue of the event, however, will be announced in the coming weeks.   During the March 1 clash in Magdeburg, Germany, Arthur Abraham defeated Robert Stieglitz (46-4, 26KOs)—representing Germany—on points, and regained his WBO Super Middleweight Championship belt. The Armenian boxer almost succeeded in knocking his opponent out towards the end of the fight, but Stieglitz managed to get up on his feet and continue.