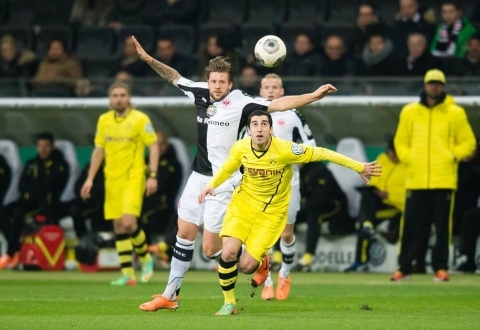 Armenia national football squad and Borussia Dortmund midfielder Henrikh Mkhitaryan will be in the starting eleven of his club’s German Bundesliga home game against Eintracht Frankfurt.

The match will be played on Saturday and its official kick-off is at 6։30pm, Armenia time.

The 25-year-old Armenia international had scored two goals at the previous Bundesliga clash between the two clubs.