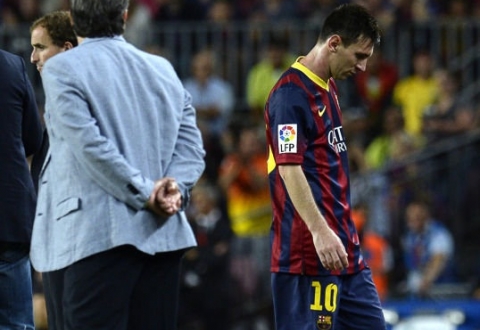 The Argentine international has not played in a long timeIt is very difficult to leave [Argentina national football squad and FC Barcelona (Spain) striker Lionel] Messi on the bench. I know that when he plays in the game from the first minute, he loves to play to the end, Barça manager Tata Martino stated.  The Argentine football specialist informed that he will decide on his team’s starting eleven on the day of their La Liga clash against Club Atlético de Madrid.

“We are speaking about the world’s best football player, but he has not played in a long time [due to injury]. Lionel would not have asked me to put him in the starting lineup, and he would just say that he is in excellent shape,” AS quotes as saying.

The Barcelona- Atlético Madrid match will be played on Saturday and the official kickoff is at 11pm, Armenia time.