The official game ball of the 2014 World Cup was formally introduced in host nation Brazil.

The ball, which is named “Brazuca,” will be used in all matches of next year’s football World Cup finals, BBC reports

Brazuca was selected as a result of a survey conducted among fans.

In addition, the event organizers will hold a campaign.

On Tuesday, all Brazilian children that are born in the 2014 World Cup hosting cities received a Brazuca. 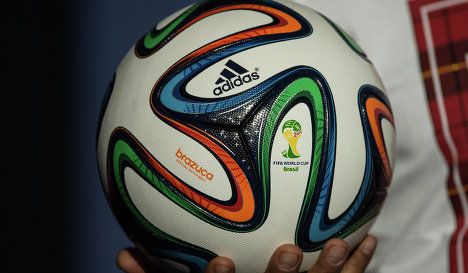