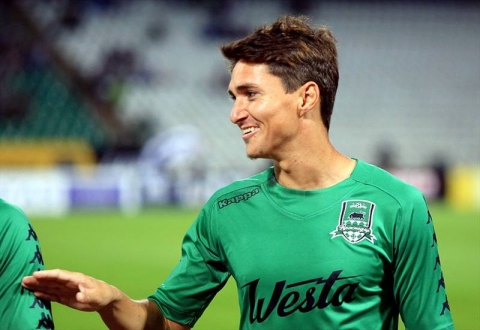 “It is not accurate, I’m not planning on moving to anywhere, and I have received no offer,” said Armenian national football squad’s and FC Krasnodar Kuban’s (Russia) Brazilian midfielder Marcos Pizzelli.

The midfielder stated that he is neither negotiating with FC Aktobe (Kazakhstan) not planning to leave his current club.

“I am a Krasnodar player and have a working contract. I want to help my team achieve good results, and I hope to get more playing time. I am happy at Krasnodar; I do not need to change anything,” R-Sport quotes Pizzelli as saying.

To note, the 29-year-old player transferred to FC Krasnodar Kuban from FC Kuban Krasnodar (Russia) this year. In addition, he scored two goals and provided an assist during his club’s Russian Cup round-of-16 game against FC Dolgoprudny.