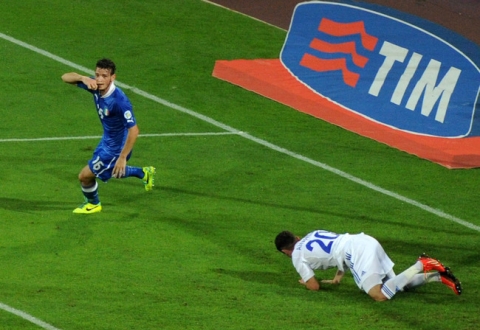 By Vera Martirosyan and Davit Yeghiazaryan

NAPLES. – The front pages of Wednesday’s issues of the Italian sport newspapers presented a review of Tuesday’s last 2014 World Cup qualifier group match between Italy and Armenia, which ended in a 2-2 draw in Naples, Italy.

The Italian press is not happy with the result of the game.

La Gazzetta dello Sport writes that the 2-2 tie may result in Italy not being in the first basket for the draws of the Brazil 2014 finals. The majority of the daily’s match synopsis is devoted to Italian international and A.C. Milan striker Mario Balotelli. “He saved us from despair,” the paper writes.

Tuttosport daily gave a point-based assessment to the players and manager of the Armenian national squad. In the Italian team, Balotelli and Southampton F.C. (England) forward Pablo Osvaldo received the daily’s highest points. 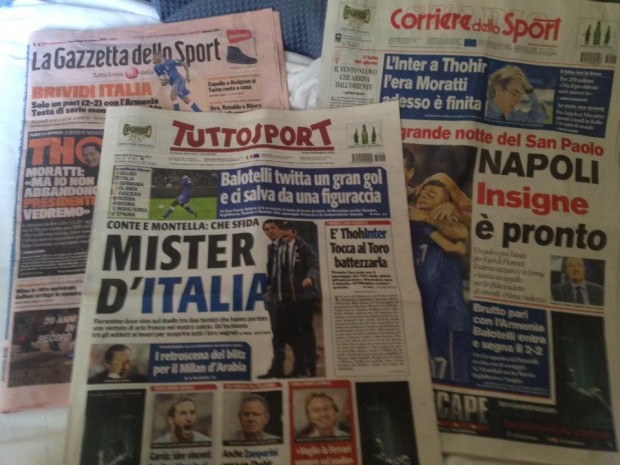 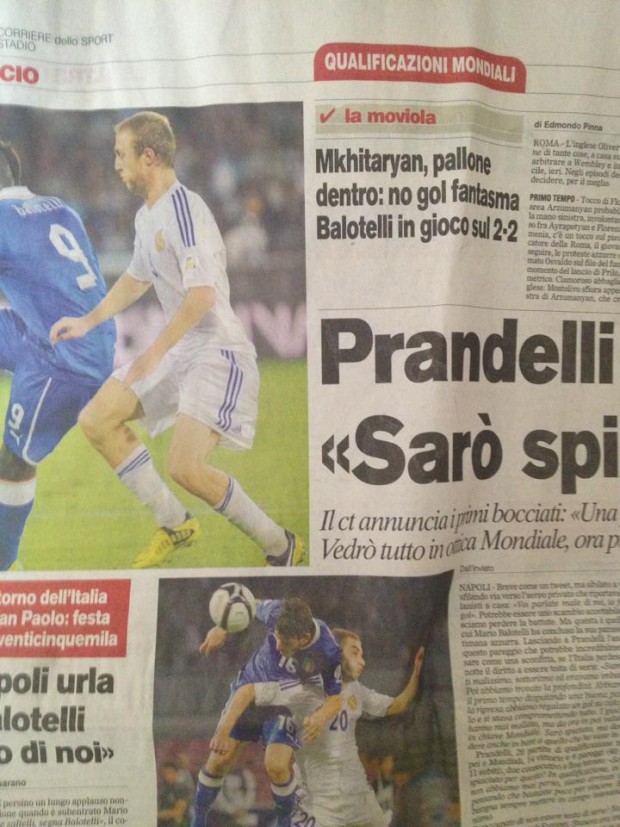 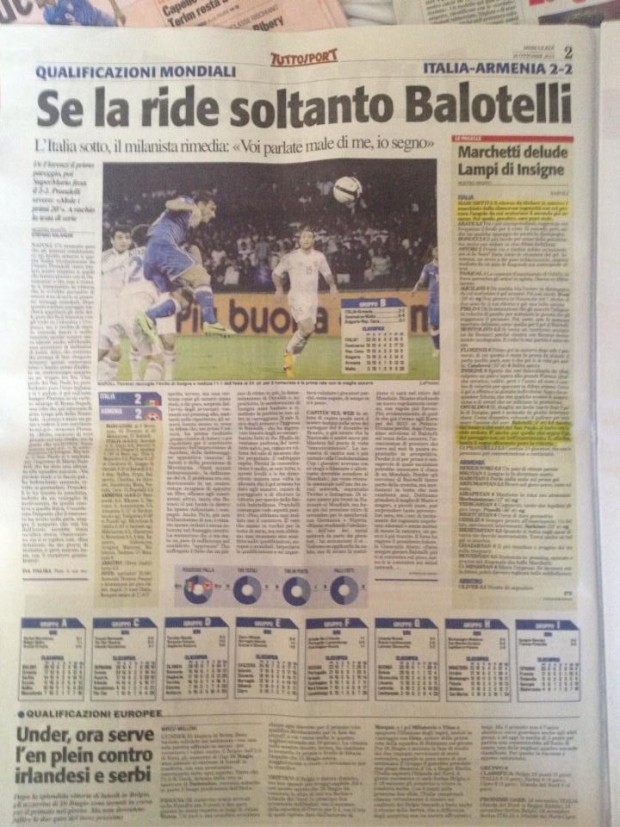