Rossi: The draw with Armenia was alright 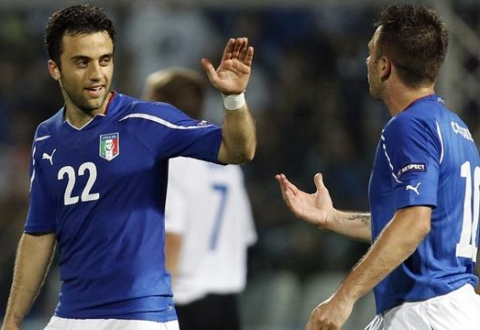 “It was a huge emotion [for me] to wear the Nazionale jersey again,” stated Italian national football squad and ACF Fiorentina forward Giuseppe Rossi.

The player spoke about Tuesday’s last 2014 World Cup qualifier group match between Italy and Armenia, which ended in a 2-2 draw in Naples, Italy.

“The Coach was right to say we are better when we have the ball, as we have quality and good passers with technique even at the back.

“There were a few distractions at the start, but we reacted well and were determined to get the result. I’d say the draw was alright,” Football Italia quotes Rossi as saying.

To note, after all ten rounds in the World Cup qualifiers Group B, Italy have booked their spot at Brazil 2014, with 22 points, Denmark came second, with 16 points, the Czech Republic were third, with 15 points, Bulgaria and Armenia came fourth and fifth, respectively, with 13 points, and Malta are in last place, with 3 points.