Astori: Armenia have quality in attack 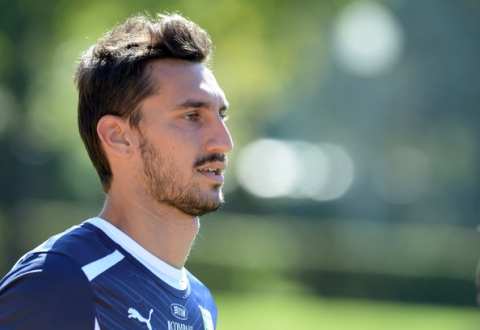 “We too know that we made a lot of mistakes in the opening 20 minutes and Armenia did well to take advantage, as they have quality in attack,” said Italian national football team and Cagliari Calcio SpA defender Davide Astori.

Astori commented on Tuesday’s last 2014 World Cup qualifier group match between Italy and Armenia, which ended in a 2-2 draw in Naples, Italy.

“They [Armenia] started very aggressively and we misplaced too many passes and you cannot make mistakes like that in a World Cup qualifier.

“We knew Armenia had good players in attack and we did well to deny them counterattacks, but conceded with a misplaced pass and a set play,” Football Italia quotes Astori as saying.

To note, after all ten rounds in the World Cup qualifiers Group B, Italy have booked their spot at Brazil 2014, with 22 points, Denmark came second with 16 points, the Czech Republic were third with 15 points, Bulgaria and Armenia came fourth and fifth, respectively, with 13 points, and Malta are last with 3 points.