Azerbaijan captain: Russia midfielder would have answered for his words outside 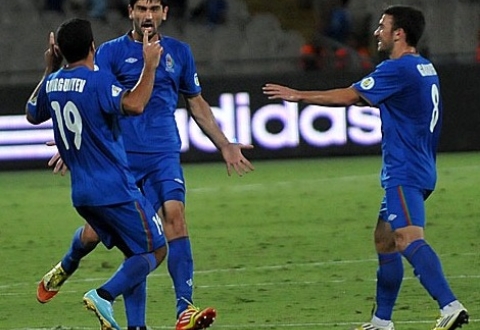 “As for Aleksandr Samedov’s statement that his team is getting ready to punish us, unfortunately, we will meet with him on the pitch,” stated Azerbaijani national football squad captain Rashad Sadygov.

The Azerbaijani footballer commented on the recent statement made by Russian international and FC Lokomotiv Moscow midfielder Aleksandr Samedov.

“The last [2014 World Cup qualifier] group stage game is upon us. We will try to wage a battle and not lose to Russia [in this match].

“Several Azerbaijani players have made bold statements. I see that the Russian national squad players did not like this; but we are not preparing to get their permission.

“Samedov would have answered for his words outside the pitch. Now, he will not be called Samedov; he is just Aleksandr for me,” Azerifootball quotes Sadygov as saying.

To note, the Russia midfielder had stated earlier that they will try to punish the cocky Azerbaijanis.