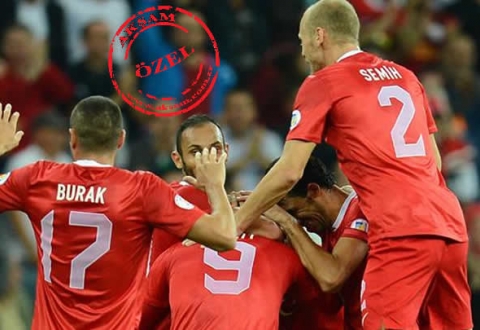 If Armenia manage to defeat Bulgaria on Friday, Turkey will still have a chance to advance to the knockout phase from second place in its group in the 2014 World Cup football qualifiers, the Turkish press hopes.

According to the rules, the eight second-place teams with the best result will advance to the knockout phase from the nine groups in Europe and, subsequently, they will battle for the last four spots to the 2014 World Cup finals.

After eight rounds in Group D, Turkey are currently third, with 13 points, and Hungary are second, with 14 points. Holland, on the other hand, have already booked their place at Brazil 2014, with 22 points.

In their last two games Turkey will face Estonia and Holland.

In such complicated configuration of fixtures, Bulgaria need two wins to advance to the knockout phase.