Bulgaria threaten to lodge FIFA and UEFA complaint against Armenia 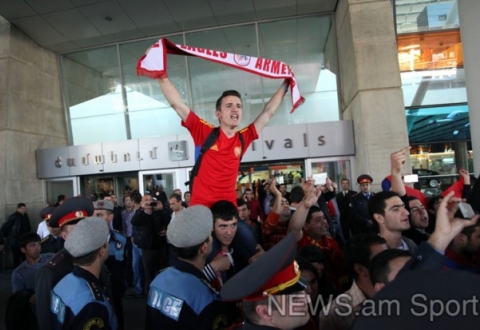 Bulgarian Football Union President Borislav Mihaylov is in Yerevan, too, and he threatened to lodge a complaint to FIFA and UEFA for such reception in Armenia, Gong.bg reports.

To note, Armenia and Bulgaria will face one another in their penultimate 2014 World Cup qualifier group match.

The Brazil 2014 qualifiers’ return-leg match between the two squads will be held Friday in Yerevan.