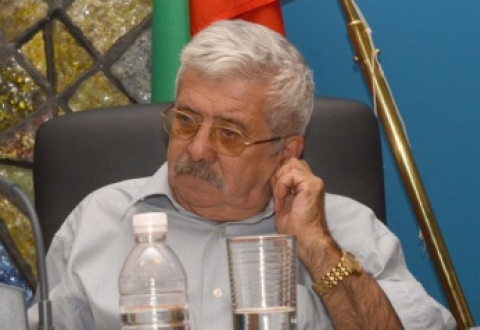 I do not understand football, but I will watch the Armenia-Bulgaria game, stated Norayr Nurikyan, two-time world and Olympic weightlifting champion and former head coach of the Bulgarian national weightlifting team. Nurikyan believes that Bulgaria will defeat Armenia in the forthcoming 2014 World Cup football qualifier match between the two countries.

“We [i.e., Bulgaria] will fight for solely one objective. I have Armenian roots, but I am born here [in Bulgaria], and I am Bulgarian in spirit. “I have never met an Armenian footballer. I have been to Armenia five times; I have friends there. The first time I visited Armenia was in 1980. Subsequently, they invited me to bestow upon me the honorary title of Doctor of Philosophy of Yerevan’s [Armenian State] University of Physical Culture, since I am the sole Armenian two-time Olympic champion who lives outside the borders of Armenia,” Sportal.bg quotes Nurikyan as saying.