British daredevil Jonathan Goodwin performed one of the most dangerous exploits of his life.

He dangled from a burning rope 200 feet (61m) up the London Eye, as flames flickered at his feet, in a spectacular stunt for commuters; but this was only a part of a show.

Strapped into a strait jacket, the escapologist had just minutes to struggle free in the stunt, filmed for his new show, The Incredible Mr Goodwin, Huffingtonpost.co.uk reports. 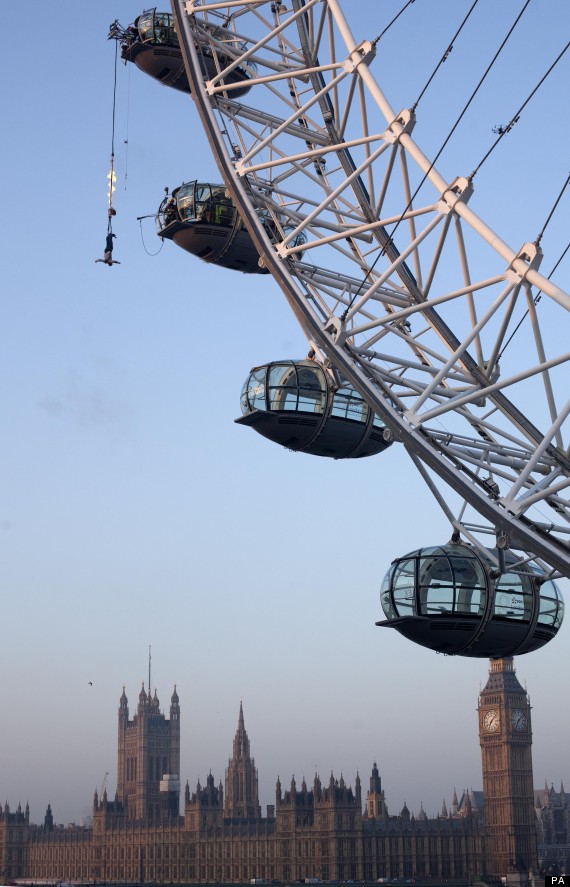