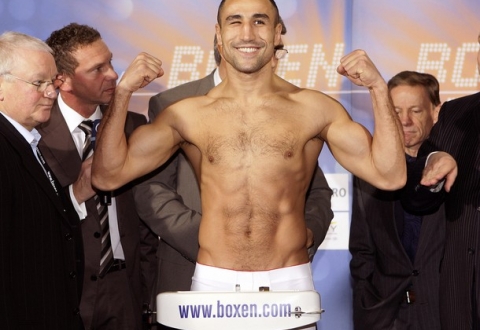 In the Arthur Abraham-Piotr Wilczewski bout, which will take place in Kiel, Germany, on Saturday, both boxers have an equal chance, well-known Polish journalist and boxing expert Janusz Pinder told Polsat television.

In Pinder’s words, the boxing fans will root for Abraham, but this will not deter the Polish boxer from showing a worthy resistance against his opponent.

“Two or three years ago, Abraham would have been the clear favorite, but the Super Six tournament has exposed his weaknesses, and Wilczewski will try to take advantage of them. I believe both boxers have an equal chance to succeed,” Boxingscene quotes Janusz Pinder.

Arthur Abraham and Piotr Wilczewski will fight for the WBO title.