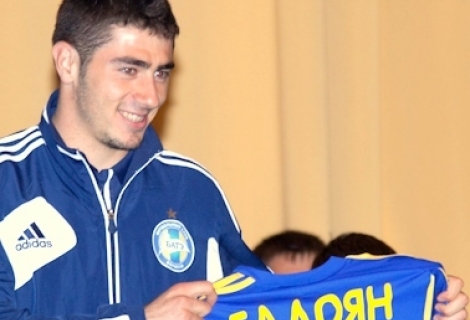 Armenian Impulse club football player Zaven Badoyan signed a 4-year-contract with Belarusian BATE after the season ended. Belarusian championship has already launched and the team has lost to Minsk 0-1.

“My transfer to BATE was very smooth and I even played in the match. I should work hard and be useful to the team,” Badoyan said in an interview to NEWS.am Sport adding there are some tactical differences between the BATE and the Impulse.

Badoyan should play very well to have a fixed position in the team. Moreover, BATE is a strong team and in case of showing good performance there is a chance to appear in stronger European clubs.

Armenian football player has little free time and uses it to have a rest. Badoyan says he is thinking about marriage to an Armenian girl “but everything has its timing.”