“I have a dream” – Armenian football player 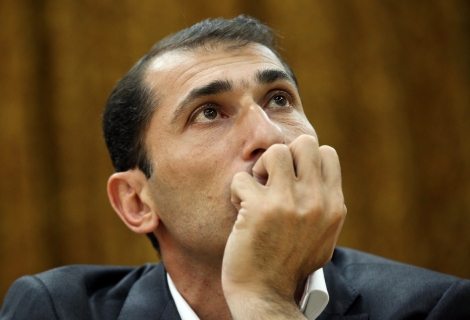 The captain of Armenia’s National Football Team Sargis Hovsepyan announced during a meeting with the students of Yerevan State University on Tuesday that he dreams about one day playing in the same match with his son.

“I have a dream to go on the field with my son. That is a dream for the future to which I aspire as a football player, a father and an Armenian,” Sargis Hovsepyan said.

“I can’t be indifferent when it concerns Sargis Hovsepyan. He is one of the best Armenian football players and I am sure that he will play in the national team a long time. I would like to see him in the team forever,” the president of Armenia’s Football Federation, MP Ruben Hayrapetyan said.

As he mentioned, he would do everything for Hovsepyan’s dream to come true.

To note, Hovsepyan’s son is training in Pyunik and plays in the junior club.