Arthur Abraham can fight with anyone 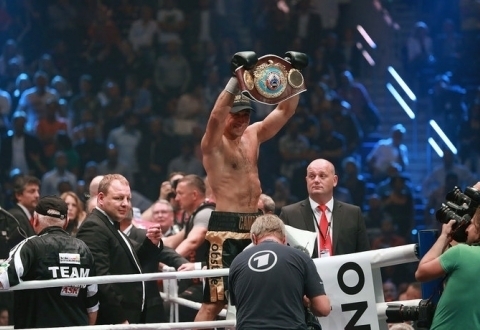 WBO middleweight champion Arthur Abraham (35-3, 27 KOs) is trying to defend his title in the upcoming bout against France’s Mehdi Bouadla, schedule for Saturday. Abraham gave an interview to the Russian Sportbox portal ahead to the bout.

Asked how Abraham can describe his opponent, he said that Bouadla is a fighter; he moves ahead and desires to finish all with one attack. As what is easier for Abraham, to attack or to defend, the Armenian boxer said he often defends but it does not necessarily mean he does not attack. At first he defends and later attacks.

As on how he would describe the sparring of the opponent, Arthur said that he hits strongly but he has got used to them. In addition, there is no difference for Abraham whom to fight with.