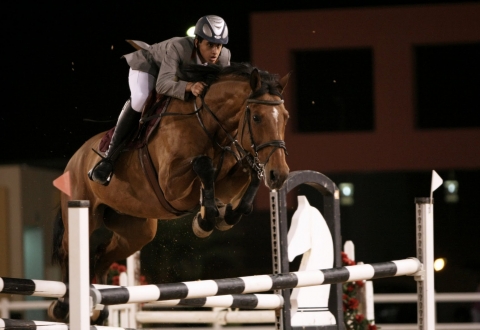 YEREVAN.- A year prior to the London Olympic Games, Federation of Equestrian Sport of Armenia (FEA) hope it would qualify to the Games.

They cherished hope that Carrie Schopf Bremer, niece of Armenian philanthropist Kirk Kerkorian, living in Germany will manage to qualify to represent Armenia.

Anyway, FEA does not lose hope and gets prepared for the Rio de Janeiro Summer Olympic Games 2016.

Regarding the achievements in the Armenian dressage, Giloyan said that Gevorg Hovhannisyan won Grand Prix of the last year’s FEI World Cup Caucasus Legue. Besides, Carrie Schopf Bremer was the second place in the World Cup in freestyle.

As for the national team, he said that the manager is working to achieve success. However, Armenia still lacks athletes to meet high standards and qualifications.

The dressage has been improved in Armenia. However, there are still no high class horses which could jump above 1.60 cm. Those horses are French, Dutch and German. Besides, dressage is a very expensive sport. It cannot record progress in a state which is faced with economic problems.

At the same time, Armenia will develop the sport to come closer to world leaders such as Germany, France, England, Belgium and the U.S.