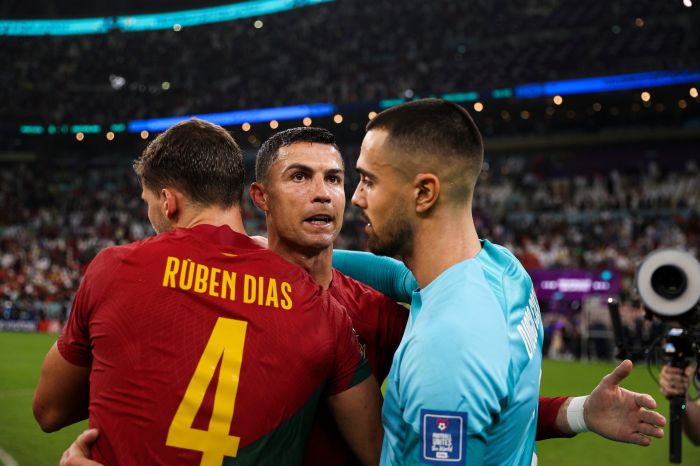 Portugal's head coach Fernando Santos has assured that 37-year-old striker Cristiano Ronaldo will participate in the World Cup quarterfinals. The Portuguese will compete against Morocco.

Ronaldo was not in the starting lineup in the 1/8 finals match and was only substituted in the 73rd minute. Portugal beat Switzerland 6-1.

"I have a very close relationship with him – I always have, I have known him since he was 19 years old.

This relationship only develops, Ronaldo and I never interpret the human aspect of that of manager and player (in relation to) what we have to do during the match. I will always consider in my role that he is an important player to have in the team.

Ronaldo will definitely (be involved), all the players on the bench can be used, if they are not in the starting line-up they can play later.

It is important to look at the example of this player’s history, he is one of the best players in the world at playing professionally, being captain – all we have to do is think about this team collectively,” Yahoo Sports quoted Santos as saying.

The match between Morocco and Portugal will take place on Saturday and will start at 19:00 Yerevan time.