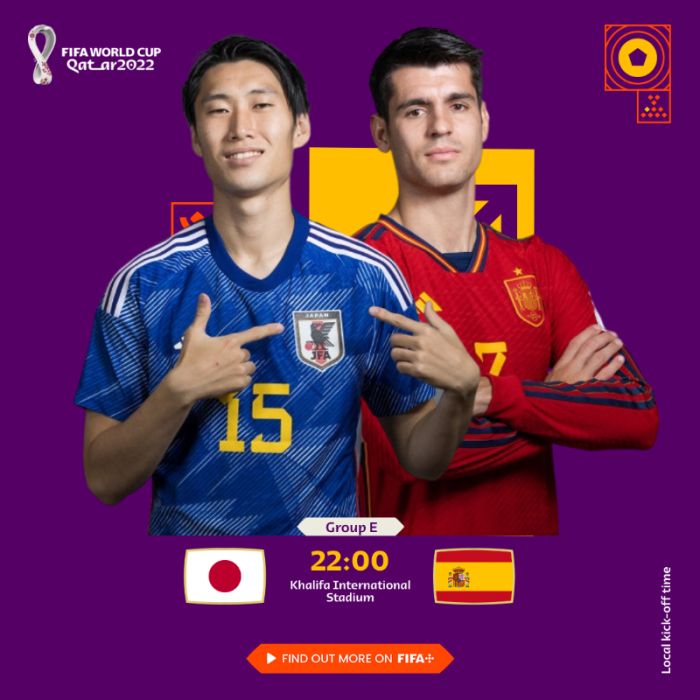 The starting lineups of the national teams of Japan and Spain for the match of the third round of the group stage of the World Cup became known.

The meeting between Japan and Spain will begin at 23:00 Yerevan time.