World Cup: Argentina beat Poland but both advance to playoffs 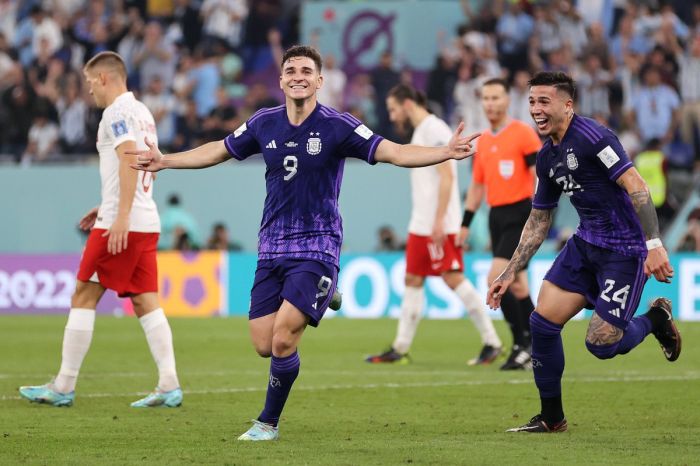 Argentina and Poland also have made it to the playoffs of the 2022 FIFA World Cup in Qatar.

In the third—and final—round in Group C, Argentina defeated Poland 2-0 and finished first, with 6 points.

Poland took second place, with 4 points, and will also play in the Round of 16.

Mexico, which beat Saudi Arabia 2-1 in the third round, also finished with 4 points in Group C.

Poland and Mexico had played to a goalless draw in the previous round, but the goal difference was in favor of the Poles.

In the Round of 16, Argentina will face Australia, which finished second in Group D. And the opponents of Poland will be reigning World Cup champions France, the winners of group D.

When you put your nation in the qualifying driving seat #ARG | #FIFAWorldCup pic.twitter.com/GKHjZAGFS2

Luis Chavez's stunning free-kick for #MEX puts them 2-0 and they are hunting more. #FIFAWorldCup | #Qatar2022 pic.twitter.com/1Nv6LmwlIT