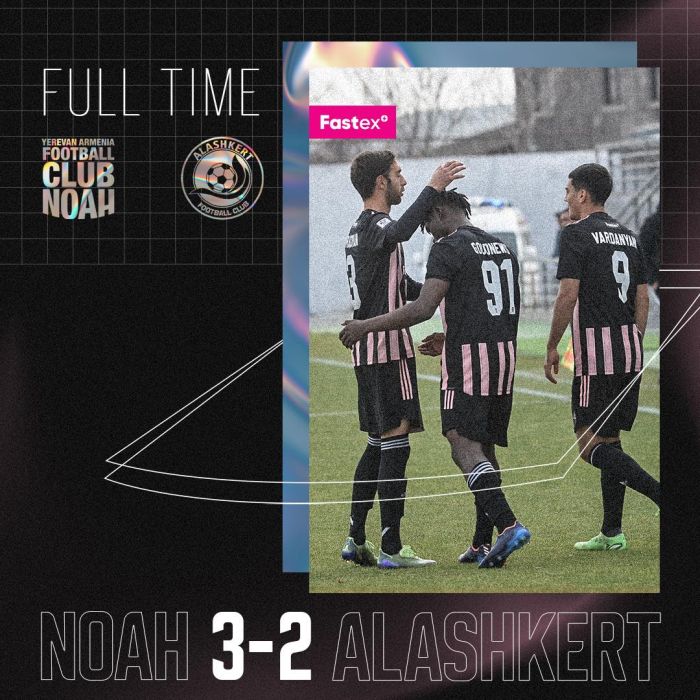 In the 19th round of the Armenian Premier League, Yerevan's Alashkert faced Noah and lost 2-3.

After 19 games, Alashkert are in third place with 34 points, while Noah (18 games) are in last place with 9 points.