Boxer admits it was extremely important to become world champion 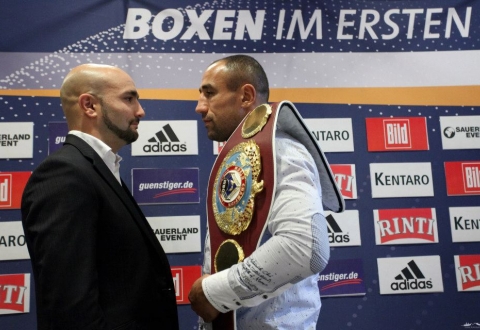 Armenian-German famous box champion Arthur Abraham claims it is a pleasure to defend his title in Nurnberg, where he spent his youth and learned box techniques, WBO Super middleweight champion Abraham (35-3, 27 KO) said on the threshold of the fight with Mehdi Bouadla (26-4, 11 KO).

“It is a pleasant sensation to be a world champion, but I am the one I used always to be. The only thing which has changed is that I sleep better at nights. It was extremely important to become a world champion again and now I should work even more to defend the title,” Boxen.de quotes Abraham.

To note, the bout between Abraham and Bouadla is scheduled for Dec. 15 in Nurnberg, Germany.