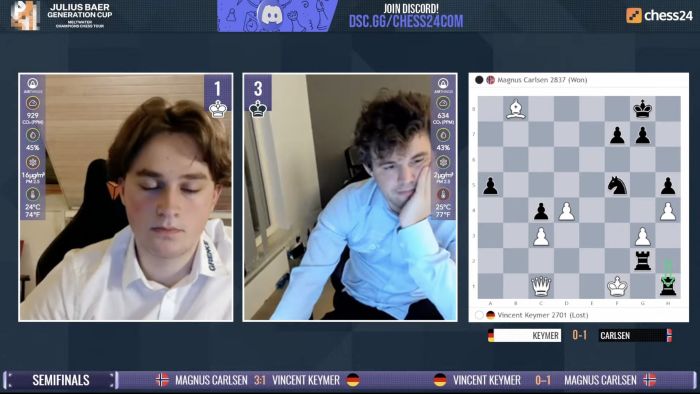 World champion, world leader Magnus Carlsen reached the finals of the Julius Baer Generation Cup online tournament. The Norwegian chess player competed with the German Vincent Keimer in the semi-finals and defeated him in 4 games: 3-1 (2 draws and a win).

Magnus Carlsen's opponent in the final will be Indian Arjun Erigaisi, who defeated Vietnamese Le Quang Liem 2-0 in a tie-break. In the main four games, the grandmasters had one victory each, and both games ended in a draw.

The Julius Baer Generation Cup is the 7th out of 9 tournaments of the Meltwater Champions Chess Tour.