Messi and Verratti get top marks 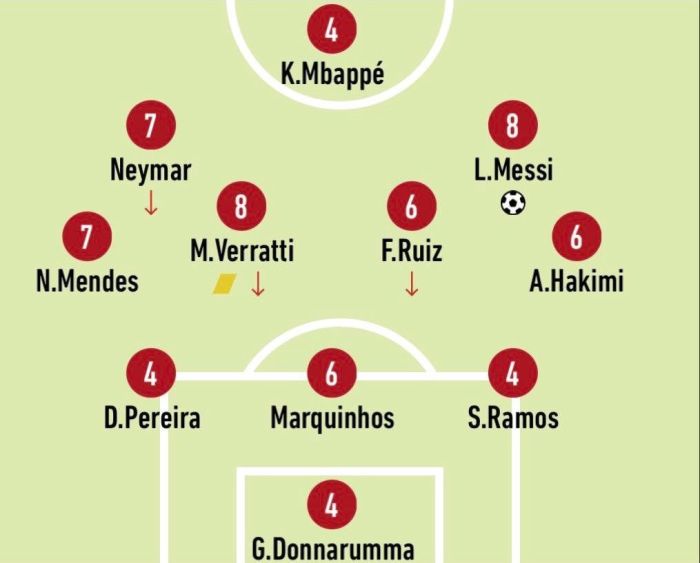 PSG Argentine striker Lionel Messi and Italian midfielder Marco Verratti received the highest marks in the French championship match against Lyon in round 8, according to the French L'Équipe. Messi and Verratti were rated the same: 8. The play of Brazilian striker Neymar was rated 7.