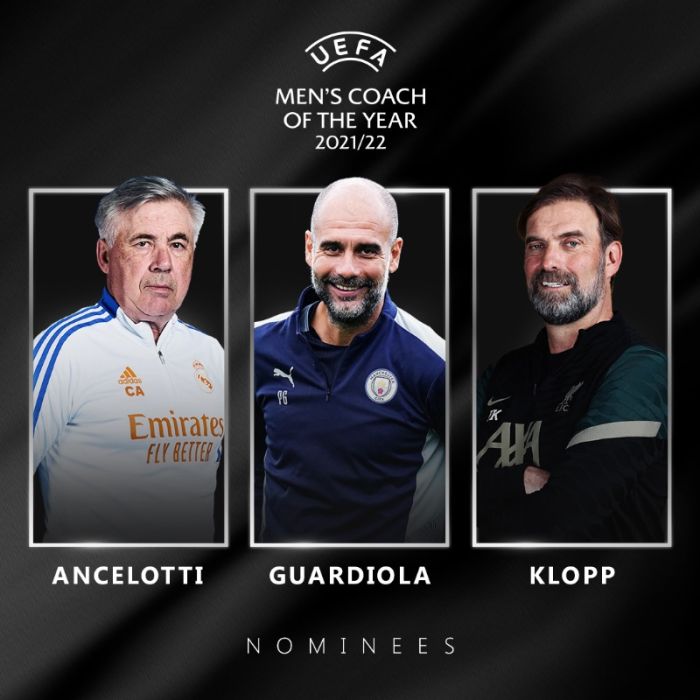 UEFA has named three contenders for the title of best coach of the season 2021/2022.

The winner will be announced on August 25 during the Champions League group stage draw in Istanbul.