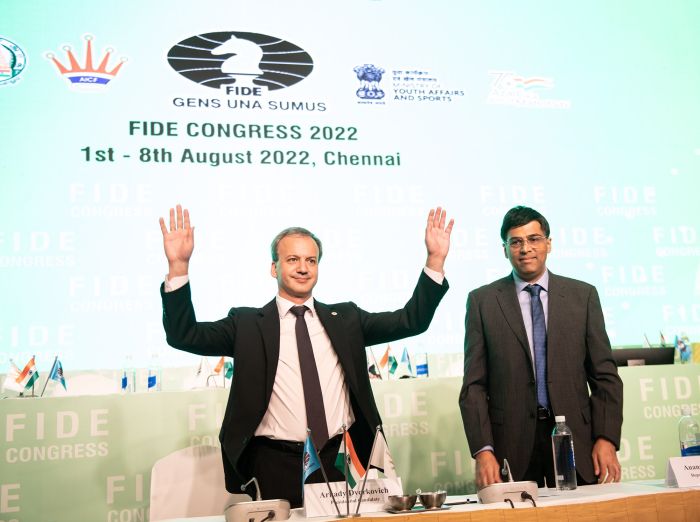 Arkady Dvorkovich was re-elected president of the International Chess Federation (FIDE), according to the organization's website. The election took place at the electoral congress of the Federation's General Assembly in Chennai, India.

The second candidate was Ukrainian Andrey Baryshpolets, who received 16 votes. Dvorkovich received 157 votes. The post of vice-president will be taken by the 15th world champion Viswanathan Anand of India.

Arkady Dvorkovich will head FIDE in 2018 starting in October.