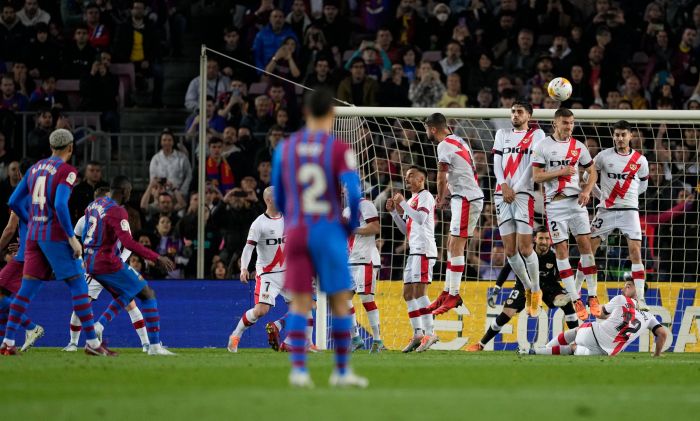 Barcelona played host to Rayo Vallecano in the match that was transferred from the 21st round of the Spanish La Liga, but they lost 1-0 to their guests.

Due to this result, Real Madrid have practically clinched the La Liga title five rounds before the end of this championship. They lead the current La Liga standings, with 78 points. Barca, which are second, are 15 points behind. Sevilla, which are third place, also have 63 points.