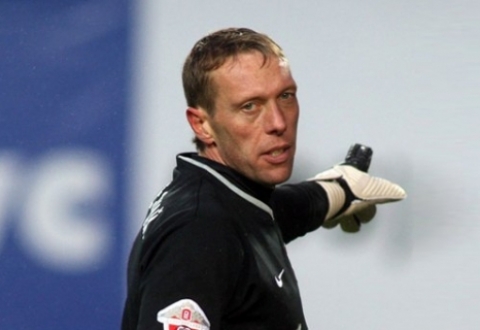 As a result of the absent key players, all members of the national should show all their potential to achieve success, Armenian national’s goalkeeper Roman Berezovsky who is going to have his 74th match with the team told NEWS.am Sport. For the first time he would lead the team as a captain.

In response to the question why Berezovsky missed the recent match with Dinamo (Moscow), he said that each time it is the manager to decide who will play, and this time he will not include Shunin, which is not strange but a normal phenomenon.

As for the CSKA (Moscow), Berezovsky run well and answering the question whether it is possible to conclude that he is in a good shape, the goalkeeper said that it is only the manager to assess his performance, but it is a fact that he is currently in a good shape.

In response to comment on the Italian national, Berezovsky said that he will not surprise anyone if he says that the Italian national is the key candidate for winning the selection group. It is a very strong team, but it does not mean an easy game is expected with them.

“We achieved success earlier with stronger teams. And we will try to achieve it in the upcoming match as well. As a result of the absence of several key players, the other members of the team should show their full potential for us to achieve success. We can do that only if we show a good team play,” he stated.

As for any particular Italian player, who should be controlled toughly, he said that he may name several players. Prandelli has formed a very strong team, which can quickly change the tactics of the play during the match. But the Armenian national do have experience, hence they will do everything to resist the Italians properly.

“I believe we will have an opportunity to feel good following the match,” he concluded.